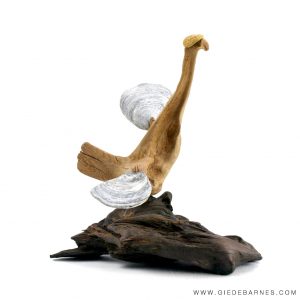 This sculpture was inspired by the central driftwood piece. The long slim neck shape, the two positions for the wings and the splayed tail all called for a bird.  As the wing positions had to follow the shape of the wood, they had to be on different levels which could only be achieved by perching the bird on the base and spreading its wings.  The base itself was painted and waxed to give it the appearance of a rocky outcrop.  Finally, the head of the bird was formed by the pebble which resembles the shape of a grebe ‘Haubentaucher’ and blends with the colour of the wood. 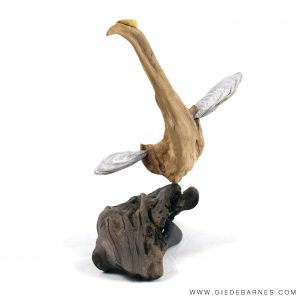 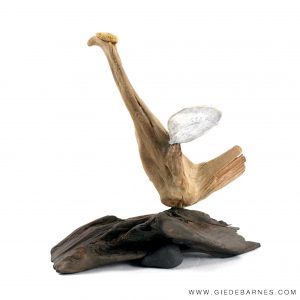 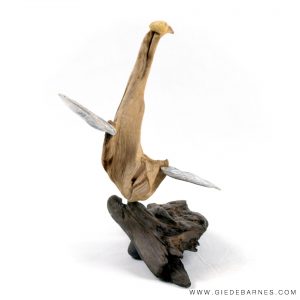 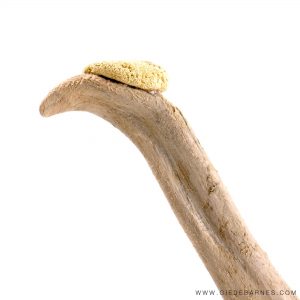 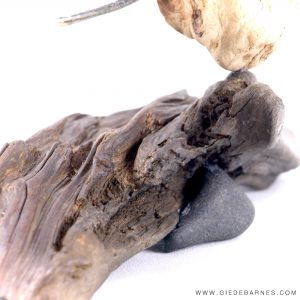 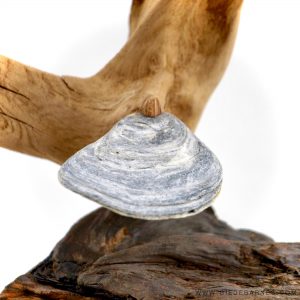 If you are interested in a sculpture, please email petra@giedebarnes.com. Dismiss